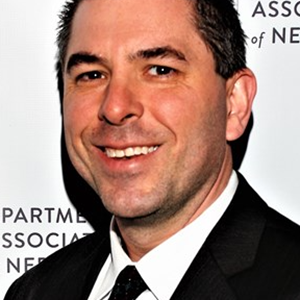 A member of the board of directors since 2015, Dave has more than 20 years of experience in property management. He began his career in 1995 as a Leasing Consultant in his home town of Baltimore, MD and was promoted to Leasing Director within a few months. Dave enjoyed that role and was soon supervising four leasing consultants and 800 apartments. In 1999, he was promoted to Property Manager and several years later he was overseeing his first multi-site portfolio. In 2010, Dave moved from Maryland to Nebraska where he served as a Regional Manager for a national company overseeing properties in Nebraska, Colorado and Arizona. In his current role, Dave is the Director of Property Management for Krueger Development. In his spare time, Dave values time with his wife, three daughters and the rest of his family. Dave also enjoys playing Volleyball and cheering on his beloved Baltimore Ravens and of course the Huskers football & volleyball teams.

Is Your Company a Member?

If you are an employee of an AAN member company, we invite you to set up an online account to:

The members of AAN invite and encourage you to join! By working together, we can achieve our mission to maintain and enhance our industry as a whole.

All membership applications for the AAN must be approved by the Board of Directors. All memberships are company based and individuals cannot join AAN.